My Spiritual Journey- How It All Started ! 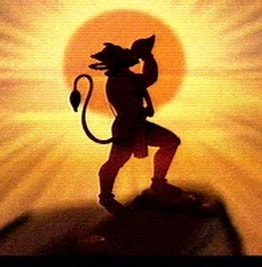 Prior to June 2001, my knowledge of our scriptures was limited only to the Gayathri Mantra (and I am not sure whether my swaras were correct !). My mother tried to teach me Vishnu Sahasranamam when I was a teenager and gave up her efforts as I could not chant in the least in spite of her best efforts. This, in spite of my topping in Hindi in all grades and being able to read and speak Hindi quite fluently, which should have helped in reading Sanskrit texts easily! Maybe the time had not come. Probably the required sincerity, efforts and keenness were missing on my part.

1) I had lived in Kolkata for 22 years but had visited the Kali temple only once as a child where I witnessed a "bali" or sacrifice of a goat, which remains strongly etched in my memory. (I have visited Kali temple recently and also Dakshineshwar Temple and chanted Devi Mahatmyam there in 2009).

2) I had lived in Varanasi/Benares for more than 2 years and had not visited the Vishwanath Temple or bathed in the holy Ganga !!

3) I had lived in New Delhi for a year and did not visit the Vaishnavi Devi Temple.

4) I had lived in Cochin for more than 3 years and did not visit the Chottanikkara temple (I did visit Guruvayur a couple of times. My mother is known as "Narayaneeyam Mami" and has taught the Narayanayeem in Kolkata and in Cochin).

In short, I used to shy away from any spiritual pursuits including even visiting temples. I used to lock myself inside a room and watch cricket as my mother and friends used to chant Narayaneeyam the whole day which I found extremely irritating ! Not that I was an atheist. But I had no attraction for scriptural texts, pujas etc.

After our marriage in 1995, we went to Tanzania, East Africa, seeking greener pastures as expatriates. There was a very active Hindu community and the Tamil group was especially very active in spiritual activities. They used to hold an annual chanting of Sundarakandam during Ram Navami and I do not remember attending the same any time. They also had a weekly chanting of Vishnu Sahasranamam and I used to steer clear of such events. My interest was only in playing cricket and which I did successfully at the B-division. 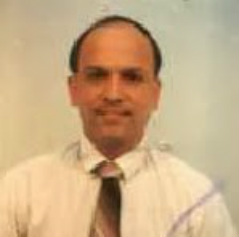 In April 2001, it was Ram Navami again and the Sundarakandam recitation (by sections) on a daily basis commenced. I was roped in as a volunteer to help with the many miscellaneous work in the organization of the event. I fussed and made it amply clear that I should not be asked to participate in any religious activity.

​But then, on the first day, Shri HR Radhakrishnan (bless his spiritual soul !), one of the very well-known and highly respected members of the community, gestured to me to sit next to him.

"Ramesh, please take one of the copies of Sundarakandam and read it along with us" was his order.

"Now then, I had said that I do not want to get involved with this. And I do not know how to read Tamil !" I said triumphantly.

He got up, rummaged in a pile, and produced a Sanskrit version.

"Now, you can read this Sanskrit version as I know you read Hindi" He thrust the copy in my hands.

I do not mind confessing that my mind exploded and several, unprintable words flashed in my mind.

But he was a senior person and could not be taken lightly. Muttering sweet-nothings under my breath, I opened the book and started mumbling.

I mumbled for the first 5 minutes. And then the moment arrived. There was some unlocking of a spiritual key somewhere. Sri HR Radhakrishnan was no doubt the medium employed by the Almighty. The lines started flowing smoothly...easily. I could not believe it. I glanced around to see if anyone was noticing me. Of course, no one was looking at me ! My mind flashed to my mother struggling to make me say the Vishnu Sahasranamam and this was now a complete contrast. My voice grew in strength and I started to rattle off the shlokas rapidly. It was strange. I felt that I was looking at myself from the outside.

It was a very eerie evening and an unforgettable one at that too.

As soon as we reached home and I switched on the computer and feverishly hunted down the "Mahishasura Mardhini" stothram, whose tune I used to find enthralling as my mother used to chant it every morning while doing her chores. Had I imagined that I had really chanted the first section of Sundarakandam so easily or was it reality? I wanted a reality check with the "Mahishasura Mardhini" stothram. And it was no dream. I was able to read it easily ! I wanted one more check. I hunted down the "Vishnu Sahasranamam" and started reading it. Incredibly, I could read it...easily !

I rushed back the next day and completed the recitation of Sundarakandam over the following days in the prescribed fashion. I am sure no one noticed it but I was bubbling inside and felt incredibly free and strong.

It is said that reading Sundarakandam can help in dispelling doubt, fear, uncertainty and results in gaining victory over what one fears or is afraid to confront. It proved absolutely true in my life.

My eternal thanks to Sri HR Radhakrishnan for his insistence that day. My thanks to Lord Hanuman for making it possible for me to read our scriptures so easily.

We had to leave Tanzania in June2001 and landed in Toronto the same month. I and Gayathri read Vishnu Sahasranamam during the flight and daily for many days since then. In fact, when we performed a Ganapati puja at our home the first time after coming to Canada, it was Gayathri who read out the Namavali and I repeated after her while doing the puja !

I then learnt Sri Rudram and Chamakam from Sri KV Raman, whose majestic rendition is available on www.musicindiaonline.com . I attribute learning Rudram and Chamakam to reading theVishnu Sahasranamam because the "phala-stuthi" clearly states that Brahmins who chant it will progress well in Vedic studies (Kshatriyas will get victory, Vaishyas will beget wealth and Shudras much happiness). I personally do not subscribe or support the traditional caste system (by birth) but I was intrigued that the "phala-stuthi" clearly implies that the Vishnu Sahasranmam can be recited by anyone without restrictions, which warms my heart. I personally believe that all the scriptures, including the Vedas, can be read by anyone (regardless of caste or gender) as long as they are sincere in their approach and have the fierce determination to learn the same and pursue perfection and total quality improvement.

Surprisingly, after reading Sundarakandam that time in April 2001, I never read it again ! That is, till recently in the Ram Navami of 2009 where I and Gayathri chanted it together. 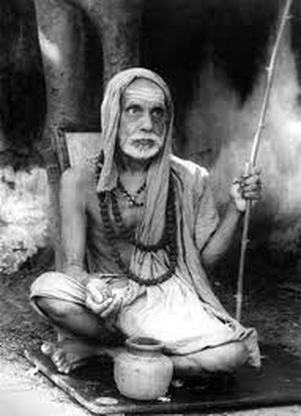 One interesting sidelight. My mother spent Rs.5 to conduct the upanayanam of myself and my younger brother at Samashti Upananayanam ceremony organized by the Shankara Matam in Kolkata when we were very young (6 or 7 years of age).

I very clearly remember seeing Sri Maha Periyava and Sri Jayendra Saraswati Swamigal and recall vividly the "tulabharam" conducted for Sri Maha Periyava. I keep wondering at the explosion of scriptural learning in my life from April 2001 and the other reasons that contributed to it (apart from the above incident). Was it the glance of Sri Maha Periyava or Sri Jayendra Saraswati Swamigal at me during the Upanayanam ceremony  that caused this when the time had probably ripened for me?  Or was it my mother's sincere efforts to uphold her religious duties even during financially challenged times that caused it? Or both? Or something else?

I do not know. But it does seem very magical and quite fantastic - and a very interesting story to share with you all !