My 1st Ganapati Homam and the Lord's devine grace! 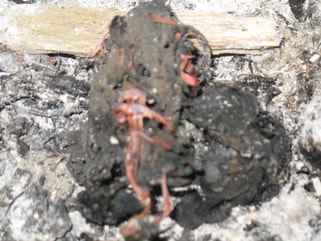 It is well known that nothing is possible without the grace ofLord Maha Ganapati. His grace is required for progress of any kind, especially of the spiritual kind and in particular for Devi worship. Even the mighty Lord Shiva could not get to Devi without Lord Maha Ganapati's permission. Then who are we ?

My spiritual growth has been generally wild and haphazard and not in a structured form or manner . But what I lacked in formal structure was made up to some extent by a tremendous hunger and dedication to learning and by sparing nothing in the pursuit of knowledge.

I then started developing detailed documents and putting together material that I had gathered and received from various sources. (As an aside,  I will be sharing these freely on this website. I have spent hours, days, months and years preparing this but would love to share this with all of you. There is a school of thought that says such information must be shared carefully. My thinking says that if something is meant to reach someone, it will - nilly-willy and regardless of the situation. We are only the medium - if at all - and should be grateful that we have the knowledge and resources to share. The learning that I received from materials on various websites provided by unselfish souls needs to be repaid in full to the best of my ability and capacity. Even if these materials benefit one amongst you, I will consider my efforts successful and blessed. Selfishness and control over information is done only by the small-minded and insecure. We came to this world with nothing and will leave it empty-handed too. What has been given to us temporarily by the Almighty is to share and not to lord over and act as it's immortal owner.)

We visited India in 2008 January and I did my first full-fledged homam / havan in our home in Salem and it was attended by all the family members. It was an elaborate affair and lasted 6 hours. I completed the following homams - Ganapati, Navagraha, Ashta Dikpalaka, Rudra, Purusha Sukta, Durga, Sri Sukta, Ayusha and Mrityunjaya. On a hot, sunny day, there was a light shower after the purnahuti and that gave me great satisfaction and relief. The shower did not go unnoticed by my father-in-law !

On our return to Canada, my close friend Venu Rai suggested that I perform GanapatiHomam at his friend Sathya's new home. This was to be my first "professional" homam. I was nervous. Was it correct for me to perform this homam? Should I seek permission from anyone to perform the same? Was I qualified to do it?

I discussed with Gayathri and she supported me by saying I should go ahead. I should not have any doubts in my mind and do my best. Earlier I had done aSatyanarayana Puja at a friend's place and had been extremely well-received. As mentioned earlier, I had also performed the homam at our home in Salem. So, why the hesitance now?

And so, I conducted the Ganapati Homam. Like priests usually do, I announced that if the Gods are pleased with the Homam, then they signify their happiness through various ways like :

I I performed the Ganapati Homam at Sathya's new home with utmost sincerity and devotion. After lunch, I returned home.In the evening, Venu called me excitedly and said whether I had heard from Sathya. I said "no" and he said that I should contact Sathya immediately.I did and Sathya asked me "How do you gauge the success of your Homam?".I responded jovially "If you invite me to perform the next one !"He said in an excited voice "Lord Ganapati has appeared in the Homam !"I asked cautiously "What do you mean?"He said "I have taken photos of the homam and am sending them by email now. Check them out in a few minutes time. Lord Ganapati has given his darshan in the Homam !  Did you put something special in the Homam?"Now, I am somewhat of a skeptic in such matters and have been amazed at what shapes people can see and imagine in everything - whether it be in cloud formations or smoke or what-have-you ! This was the 1st homam in Sathya's home and I was sure that he was imagining something and took the whole thing casually.

But curiosity got the better of me and I did open the email after some time. When I opened the pictures' attachment, I broke out into a slight sweat. This could not be true ! I was not imagining this, was I ? There the Lord Ganapati was, in all His Glory and in great detail. The final"purnahuti" offering had been a cloth bundle containing the final offerings and after getting consumed by the flames of Lord Agni had taken undoubtedly the very form of the Lord. There was the half broken tusk. The broad forehead andtrunk was unmistakable too. The large ears and their shapes were present in all their magnificience.

I then called out to Gayathri and asked her to check the photos and tell me what she saw. She confirmed my thought. Venu and Sathya had no doubt too.

Such reward and confirmation for an amateur's efforts? I could not believe it. Till then, whenever my daughter Durga used to ask me "Is there God?" when I used to narrate pauranic stories from the Amar Chitra Katha series, I used to hum and haw and generally change the subject to areas that I could answer with more confidence. After that incident at Sathya's place, I have no doubt and called Durga and told her confidently "Yes, there is God. See, here is Lord Ganapati !".

Now, this incident meant either of 2 things or a little bit of both in different proportions:

1) it was His sign that I should proceed in my spiritual pursuits without any doubt. This was His answer to my doubt and hesitance.
2) it was the power of the mantras that had resulted in the appearance of the Lord, for when the "avahanam" is done sincerely, the Lord has to appear. We have instances of even Asuras doing penance and the Gods appearing before them, pleased with their efforts and to grant them boons. This incident was nothing but proof that if the mantras are chanted properly and with devotion, the Gods have to grace us with their presence.

I did not boil my head too much about this incident and took it more of His sign to provide me with confidence and courage to proceed further in my spiritual pursuits, especially since they are Devi related.

I have not shared the above instance with even many of my close friends prior to creating this website - for various reasons. What had happened was not magic that I could recreate it every single time and I was very wary of people asking me to perform Homams to witness the miracle again. I interpret the Lord's appearance as very personal message to me and nothing else. Even now, the narration of the above incident is to share with you my belief that if one is sincere in one's efforts and devotion, then one need not fear anyone or grow doubt in the heart and mind. For fear and doubt are the biggest obstacle to progress.

All the greatest people in the world have progressed and caused change not because they were the most intelligent or the most educated. But undoubtedly, they were the most courageous and had tremendous self-belief in their actions. And of course, the divine grace of the Almighty.

Praise be to Lord Maha Ganapati, who granted His benign grace and blessed the humble efforts of an amateur devotee.